It is often difficult to take in everything that has been explained to you at your hospital appointment, and frequently questions come to mind only once you are back home.

If you have been listed for an operation, then we encourage you to read the relevant information here so that you enter into the consent process with as much information as possible.

Most foot & ankle conditions can be managed without surgery in their early stages. Mr Machin works closely with physiotherapists and orthotists and will, following a consultation and examination, determine the most appropriate treatment for you - be that operative or non-operative. The appropriate treatment is patient specific and depends on a number of factors including severity of symptoms, other medical problems and your functional demands - for example an elite athlete may need different treatment to an office worker.

Mr Machin offers management of all foot and ankle problems - the articles below are not an exhaustive list, but describe the most common conditions seen. If your condition is not listed then Mr Machin and his team will explain everything to you at your appointment.

Please note that all information on this website is provided for educational purposes only, and should not be relied upon for diagnostic or management purposes. Each case is individual and requires careful assessment and examination. If you or your doctor have concerns about a foot or ankle problem, then you should to be referred to a foot and ankle surgeon.

A problem affecting the nerve running between the bones. Commonly over-diagnosed by non-specialists.

Pain under the ball of the foot

Pain that arises under the "ball" of the foot. This can be managed with special insoles, but surgery can be used to address an underlying problem which is causing the symptoms.

A gradual mis-shaping of the smaller toes which can cause them to curl up. This can cause pain when toes no longer fit into the ends of shoes. You can consider larger shoes or surgery to correct the shape. 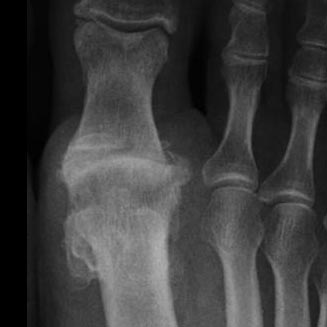 A painful condition caused by wear and tear at the great toe joint, options include injections and surgery. 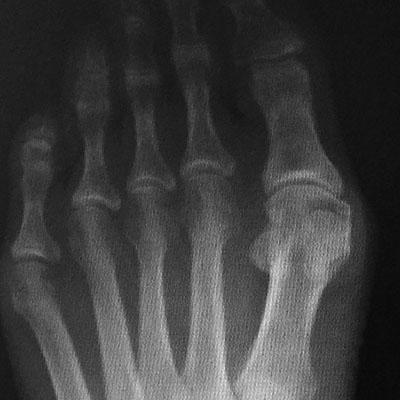 A very common condition, often not a problem but occasionally causing significant issues with footwear and pain.

It is common for people to develop pain over the mid part of their foot for all sorts of different reasons. The underlying problem can be soft tissue, bony or arthritis related. Reaching the correct diagnosis requires careful examination and often an x-ray.

Sometimes known as a "march fracture", this can occur following an increase in activity.

Pain in the mid-part of the foot due to degenerative changes over time.

Pain at the back of the heel caused by a problem with the Achilles tendon or where it inserts in to the bone.

Despite being the strongest tendon in the body, the Achilles tendon can rupture if subjected to sudden over-stressing. Surgery is occasionally needed, but usually this is managed non-operatively.

A damaged ligament from a sprain can cause instability and pain affecting the ankle. Conservative and surgical options are available.

Keyhole surgery of the ankle

Use of "keyhole" surgery to insert a camera and inspect the joint visually. Some minor intervention can also be undertaken through the arthroscope.

Ankle arthritis can be managed with painkillers, injections or surgical fusions

All invasive procedures have some risk associated with them. The likelihood of a problem or complication for the individual patient is very low but doctors can never be fully sure who will have a problem and who will not. Risks outlined below are the common things to consider if you are contemplating a foot or ankle procedure:

There is a very small risk of infection which, if it happens, is a significant problem which may require surgery to deal with and may leave you with more pain than you had before the injection.

Some people have a reaction to the steroid which is injected into the joint where the joints becomes more painful for some days before the steroid has its pain-relieving effect. This phenomenon is called steroid flare. It does not require treatment apart from simple pain relief and will settle within a few days.

The most common problem with an injection is that the pain-relieving effect wears off and further treatment would be considered in this instance.

Infection, bleeding, damage to surrounding structures such as tendons or nerves, numbness, dysfunction of foot, ongoing pain, unsightly scar, painful scar, wound healing problems, swelling. There is also a risk that the procedure does not work fully and that the patient is left with some ongoing symptoms.

There are also some medical risks to surgery such as a clot in the leg (DVT), clot in the lung (pulmonary embolus or PE). The general anaesthetic has rare risks of problems such as heart attack, stroke, chest infection and in extremely rare circumstances death.

Procedures that cut or move the bone (osteotomies) or those that fuse joints carry a risk of the bone not healing (non-union), metalwork problems which occasionally require further surgery, fracture of the bone and recurrence of the deformity.

Procedures on soft tissues carry a risk of failure of the procedure, rupture/pull-off of a tendon or recurrence of a deformity (for example a ganglion).